Nowadays nobody is questioning how important are apps for our everyday life. According to statistics, by 2017 mobile apps will have more than 268 billion downloads, generating revenue of more than $77 billion! These numbers turn app technology into one of the most popular computing tools for users across the globe.

Having this in mind, you are probably considering joining this growing industry by creating your own great app. However there are things you should keep in mind, before conquering the world with your idea. The sad statistics show that most of apps lose more than 70% of their customers after first three months of use. So, let’s say you have an amazing app idea in mind.  What are the underwater stones awaiting potential app developers? What criteria are used to define the winning app? What other factors you should consider before hitting the market? We are here to help you with that. Further you will find 10 essential tips for creating a successful app.

Living in a world where everyone has access to everything, within huge informational stream – we tend to choose products using emotions as a basic filter. Apps which succeed to engage users emotionally tend to keep them loyal for longer. No surprise that the first place in top 10 in both Apple and Android app stores is held by game app called Slither.io. You can guess why yourself. So try to make your app fun, entertaining and attractive.

There are billions of apps, however only a few of them are destined to become kings of the market. As attention is a limited resource, most of people will never access your app if you will produce it and put no further effort. Users don’t grow on the trees. Even if your app is great, marketing is a key to success here. Get out there and woo your audience. Start building your distribution and promotion campaign much earlier than your app hits the stores; use public relations and content marketing strategies.

Snapchat is a good examples of a well-marketed app that hit the top of the charts. Another low-cost technique to get discovered within the app store and significantly increase number of downloads is to use App Store Optimization (ASO), some also refer to mobile search engine optimisation (SEO). In a nutshell, ASO represents the process of creating higher visibility of your app using various tactics. ASO helps you to get ranked higher, as a result making your app easier to spot by users.Those techniques include researching the keywords with highest volume, yet with lowest competition (hard work, but it’ll pay off!), correctly using them in your title, description, as well as localizing those keywords. Besides that, there is visual part of ASO, which consists of optimizing your icon and screenshots. Remember that sometimes you will need to experiment, so you could try using A/B testing for description or design elements to see what works best.

Last but not least, when optimizing your app, you should consider off-site factors such as number of app downloads and positive reviews. Those are the elements which you cannot control directly, but it is possible to influence them through external promotional sources. Reviews and ratings, social media campaigns and press cover are all essential here.

Use tracking methods and tools to keep an eye on everything happening inside your app to test and retest every detail. What are people more eager to click? Where most traffic is coming from? Which features are not utilised at all? Remember, you need to make it as much user-friendly as possible and avoid clutter in design. There are a number of free and paid analytics tools for mobile app developers to keep track of the progress. Our favorite are Flurry, Fabric, Appsy, Google Analytics and Apple App Developer Analytics.

One more great piece of advice that successful app developers give: try to create your app in the way that anyone who uses it would enjoy it more with their friends. In other words, make their experience more delightful if other users would participate by downloading and using the app too. Successful apps provide an easy option for inviting your friends/relatives to join the app, which will make it easier to interact with them and share enjoyable moments. Look at examples like Instagram, Messenger, WhatsApp – the more people use it, the more fun it is!

6. MAKE IT FOR EVERYDAY USAGE

The reason most companies don’t make millions, while having quite a large volume of downloads - is that their apps are not used everyday. People download and use them from time to time. Make sure that the functions of your app entice customers to use it more often – so they don’t forget about it after they use it once or even worse – delete, because it’s just taking space. Productivity and lifestyle apps are doing a great job at this. Take, for example, Any.do or Nike+ Running. 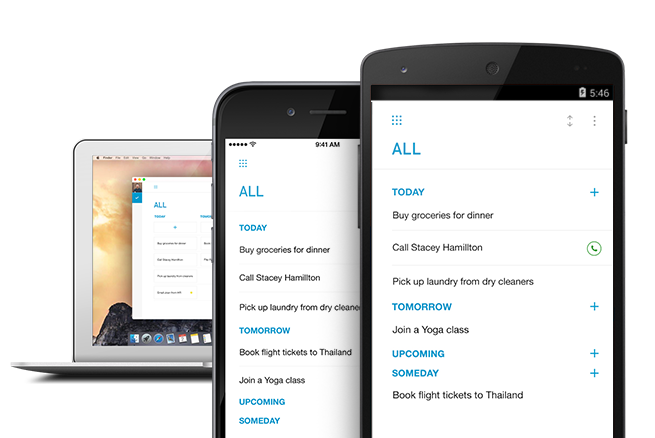 Remember that users have a lot of stuff going on around them, and when choosing apps, majority tend to click on the ones that save time and energy. The fewer registration fields, the better. Impatient users will look for any excuse to give up on downloading an app. This can really help to provide more delightful user experience and help overcome some issues with design and UX. A good example would be an app called CheckPoints – a free shopping app. Developers found out that their average customer is Midwestern mom, who recently started using a smartphone.  Save buttons on the Edit page of the app, where a user can make her own changes were the main topic of discussion. Part of the team insisted on leaving the Save buttons as it will help moms to be reassured that all their changes are safe. On the other hand, other team members thought it would be just waste of precious space and that modern app users are aware of automatic saving settings. As you can see – every detail matters, but in times of confusion, knowing your buyer persona can help to test every aspect of your app.

The worst thing that can happen in this digital age with billions of apps competing for the attention of users, is that your app crashes. One of the most essential tips to consider is: don’t let it crash. Keep it simple and focus on this task of “making it work” from the very beginning.

Let’s get it straight: there will be bugs. Any successful app had if not crashes, then at least the functions which users did not like or did not find attractive. Try to anticipate potential problems with usage and have customer-service options in place. Consider an option of releasing BETA version of your app for limited number of users and getting an initial feedback from them.  More important: never be afraid to change something and innovate.  None of the most used apps were the same in the beginning as we see them now. Everything starting from design and functions has changed over time, thanks to found drawbacks and improvement ideas. Always keep your eyes open for ideas on how to make your product better every day!

As you can see, designing a great app has its’ own challenges. However if you follow the essential tips and tricks, your app has a chance to not only boom in the market but also to remain successful over a longer period of time.

Do you have any additional advice for an app that will help conquer the world? Share with us your best practices!

Thank you for subscribing!

Please check your inbox for the confirmation link. Make sure to look in your Spam/Junk folders as well.

Are you launching an IEO? Here's what you need to know about marketing it in 2019 via Cointelligence… https://t.co/LO7O9lb3xp8 months ago
This simple but effective ad by @lipton relies not just on the similar imagery of steeping tea, but also common tim… https://t.co/aWXuNMYbNV8 months ago
@ikeausa This #StreetMarketing tactic is a perfect example of thinking through the customer's journey. Sometimes it… https://t.co/eHEoMJWzRz8 months ago
Follow us on Twitter

Ready to take your business to the next level?